All the work was carried out in the UK using the skills and services Amusement Technical.

Mellors Group was awarded a five-year contract by the General Entertainment Authority in Saudi Arabia to organise and create the world’s largest touring entertainment event. The travelling fair is part of Prince Mohammed bin Salman's £46bn investment in the country's entertainment industry. Saudi Arabia Winter Wonderland operates from October to January in Rijad. Further events will then take place in Damman and Jeddah with these three events scheduled each year for the next five years – subject to Covid.

The contract has resulted in the "biggest touring event in the world", taking up an area of 200,000 square metres to accommodate 40,000 visitors. Mellors is responsible for getting rides on to 700 trailers and moving them up to 900 miles from city to city with 400 staff at each site.

The ride was originally a permanent theme park attraction at the American Adventure and was initially converted into a fully mobile attraction for Dubai Global Village, where it operated for three seasons.

When Mellors made the decision to relocate the Runaway Train to Saudia Arabia, it became subject to TUV standards and certification. This involved the strict adoption of the EN 13814 standard. Amusement Technical, as Mellors’ encumbent technical services and engineering partner, was commissioned to inspect the ride and create a list of remediations to meet the standard. The scope of works was to be delivered as a turnkey solution.

All the work was carried out in the UK using the skills and services Amusement Technical. 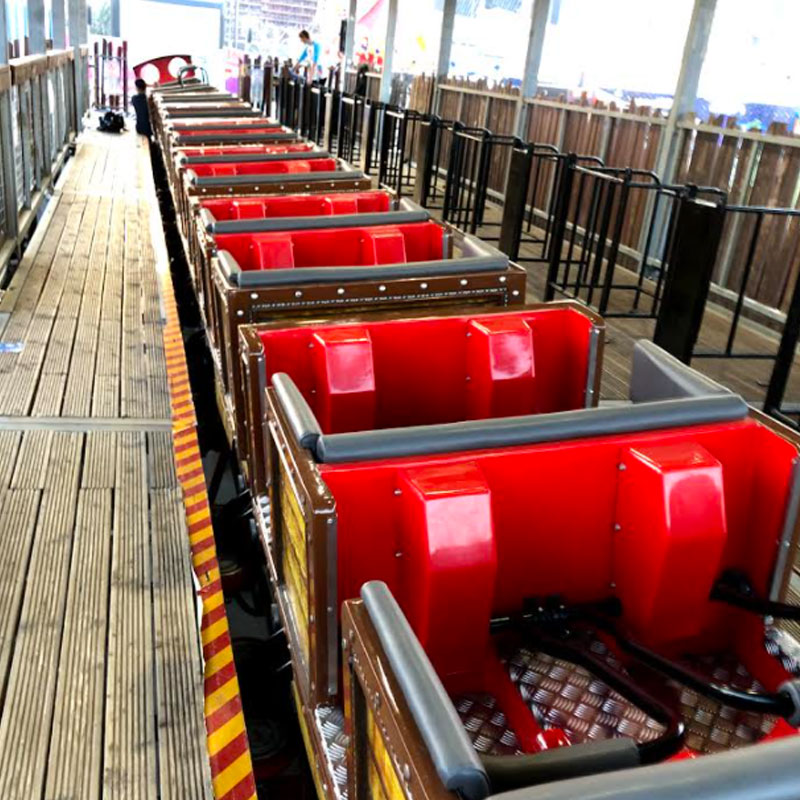 Key elements of the project included:

The Runaway Train, the largest mobile ride ever built in the United Kingdom has proven to consistently be a top three favourite at Winter Wonderland. Its performance to date has seen 100% uptime.